(D/A) From Ambergate Railway Station, walk down to the A610. Cross this busy road with care (as for all roads on the walk), going under the bridge and turn right up the A6 towards Matlock (A). Take the first right (North-East) turning (Chase Road).

(1) Walk under the bridge, across the Cromford Canal and past the farm. Take the footpath on the left (North-East), into the field, following the hedge, to go through a gate. Turn left (North-West) and go over a stile, then up the hillside to follow the path ahead, keeping to the left of the fence.

Coming to a second gate take the path ahead (not those marked left or right). Walk on to cross a stile on the right, then go straight on, past two gates, to meet a road (Bullbridge Hill).

(To your right, across the valley, see the six-sailed windmill built between 1791-1797. Rebels from Heage joined the Rising.) Cross with care and go down the road, Allen Lane, into Fritchley (B).

(2) Go straight on, with the Red Lion pub on your left, continuing down Bobbin Mill Hill to the bottom. As the road starts to climb up (C), cross the stile on the right (East). Cross the fields ahead, rising to go through a gap in the hedge, then turn left and walk on through gaps in the hedges to cross three fields (North-East), to the road (Lynam Road). Walk straight down the road right (East) until it turns left at the ‘Wingfield Park’ sign.

(3) Here turn right (South-East) to follow the track past Lodge Hill Farm, as it turns left down the hill. Continue forward (South-East) as you join the footpath with the River Amber to your left. Continue to the corner of the field, where the river turns, and cross the footbridge to come to the road, B6013.

(4) Walk to the right (South) on the roadside, taking care, until joining the pavement. Continue on the junction to cross the A610, with care, at the lights.Turn right to the Excavator pub (D). Walk around the pub to its right and through the rear car park. Join the path ahead and turn right to join the main track.

(5) Walk on under the tunnel and straight on down Buckland Hollow, route of the former Cromford Canal (E). Continue until coming out on the road, with Lockwoods Works to the left. Cross to the right to join the path ahead, going under the former canal bridge.

(6) Continue ahead following the canal until coming to steps down to the road on your right. Descend and cross the A610 to the railway footbridge. Cross the bridge, then take the path ahead, initially up steps. Walk on to the road.

(7) Cross and continue ahead beside the canal. Follow the path ahead, as it goes around the industrial sites, to an access road.

(8) Turn left (South-West) to cross the Amber (with the old bridge on your left) and join the A610. Turn right, again cross when safe, and walk on to the Ambergate Station (E) on your left.

Walking from the Derwent Valley into Amber Valley and the events of the 1817 Pentrich Rising.

(A) In 1817 framework knitters and other trades in the Amber Valley and in villages in and around Belper, suffered from a decline in trade. Already with links to the Nottingham trade union and Luddism, hunger drew many to the cause of Reform. With the failure of the Rising some rebels fled to the Derwent Valley. Miles Bacon of Pentrich settled in Belper, where the Strutts supported reform.

(B) Leaving Fritchley see the information boards on your left on the Pentrich Rising and the Butterley Gangway. At the bottom of the hill look up to see Barbclose Farm on the brow of the hill, visited by the rebels on the night of 9th June, where weapons were seized and men taken to join the march. Behind is Thorp Hill Wood. Here rebels cut wood to make pikes for the Rising. They were hidden in Coalburn quarry.

(C) Reaching the road, turn to see the ruin of an old mill in the field. Ahead see Pentrich village on the skyline and Ripley to its right. At the sign look left to see Coalburn Hill, site of the quarry where rebels worked, including William Turner and Isaac Ludlam who were to be executed at Derby. Beyond is the ruin of Wingfield Manor and South Wingfield where the rebels gathered that night. They split into two parties to visit all farms and houses in the valley, collecting guns and men to march to Nottingham. You pass Wingfield Park, Beech Hill and Lodge Hill farms, each visited by rebels. Guns and men were taken and Samuel Hunt of Lodge Hill was to be captured and transported to Australia for life. On the right is Wingfield Park Hall. Here Mrs Hepworth refused to let the rebels enter. A shot was fired and a servant, Robert Walters, killed: the only casualty of the march.

(D) The rebels rejoined at Pentrich Lane End before marching on through Pentrich towards the Butterley Works and Nottingham. They visited houses along the road and took arms from the Buckland Hollow Farm on the site of the present pub.

(E) Cromford Canal, built by Jessop and Outram, was opened in 1794, serving the Butterley Iron works as well as the mills along the Derwent. Read the information boards along the route.

(F) Read the information board at the station to find out more about the Rising and walks that follow the events.

The walk will visit places in and around Pentrich and the Amber Valley which remind us of the impact of the June 1817 ‘Pentrich Revolution’ on people's lives one year after the Rising. This is Walk 20 of the Pentrich and South Wingfield Revolution group.

Enjoy the great views and history around Cromford Canal and Sheep Pasture Top views. Go up into the woods learning all about the local industry before enjoying the view onto Derwent valley at the top, then finish your walk with a nice drink at the pub. 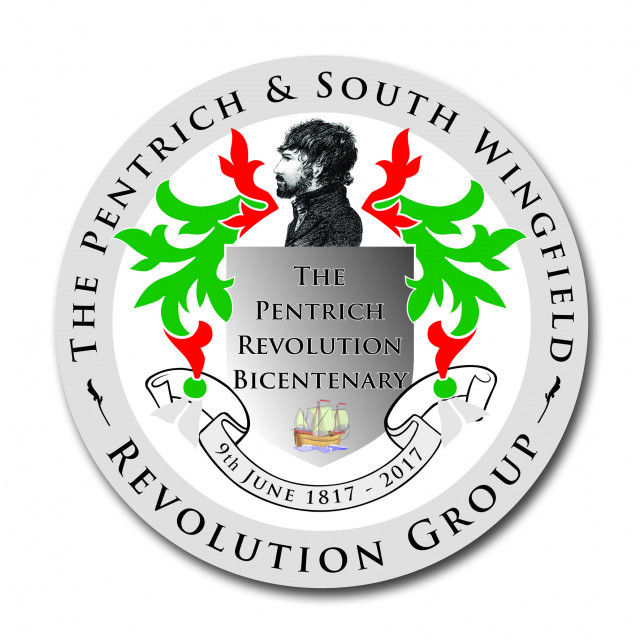